15+ Signs of Passive-Aggressive Behavior to Watch Out For

Free meditation appDeclutter The Mind is an app that will teach you how to meditate, help you form the habit of a regular practice, and expand your mind to the teachings of mindfulness.
Download App
Article Contents show
Causes of Passive-Aggressive Behavior
Signs of Passive-Aggressive Behavior
1. Sullen Behavior
2. Inability to Keep Promises
3. Practicing the Silent Treatment
4. Passive-aggressive People Are Defiant
5. You’re a People Pleaser
6. You’re Withholding or Manipulating Information
7. Passive-aggressive People Make Excuses
8. You’re Using Technology to Minimize or Avoid Communication
9. Withholding Intimacy as Punishment
10. You Downplay Requests and Personal Statements
11. Loneliness as passive-aggressive behavior
12. Being Fluent in Sarcasm
13. You Don’t Get Satisfied, Even After Coming to a Resolution
14. You Ask Leading Questions
15. Avoiding Clear and Direct Communication
16. Self-victimization as passive-aggressive behavior
Conclusion

If you rarely smile and stay serious when other people enjoy and laugh at certain events, conditions, or phrases, you’re exhibiting passive-aggressive behavior. To change this behavior, you can let your guard down a little bit and enjoy the company of others. Give yourself permission to have fun with other people even when you feel a bit uncomfortable in their presence.

Don’t overcommit to things that you genuinely don’t want to do to stop this passive-aggressive behavior. Remember that showing up is an essential part of friendship and relationships, in general. So if you say you’ll be there for someone, be there for them even if you don’t feel like it. Or, at minimum, avoid making the plan at all.

Some studies show that silent treatment impacts child development, alienates friends, and ends romantic relationships. When a passive-aggressive person experiences silent treatment from friends, family, or colleagues, the effect is devastating. For instance, the silent treatment can lead to ignoring your wants or presence among other individuals.

One way to end the passive-aggressive behavior of stonewalling, particularly if you live with the person, is to do the following. First, you put on the person’s favorite movie. Then, make some popcorn or a light snack that you place near enough to reach but not directly in your lap. When the person enters the room, they’ll shortly afterward join you to watch the movie. Make a comment on the film. And focus the conversation on the movie only. After the movie is over, you can re-start the discussion that led to the silent treatment. Passive-aggressive people typically need some time to cool off when they’re upset.

It’s crucial to start setting boundaries for yourself. The goal isn’t to make everyone happy. You can still be kind towards people while respecting yourself. It’s okay to tell people the truth, such as “I need some space to recharge my batteries tonight.”

A passive-aggressive individual will toy with a person they’re in a relationship with, being manipulative or withholding essential information. Once you achieve your objectives, you’ll offer the withheld information to make the other person feel guilty. In addition, a passive aggressor will try to manipulate you to hide some critical information. This covert form of manipulation will create deep-rooted animosity. In most relationships, passive-aggressive behavior causes problems because a passive aggressor undermines the other partner, thus diminishing trust.

Honesty is an integral part of any relationship. Keeping secrets or manipulating the truth adds more drama to your life. The reality is you want to experience more inner peace. Sometimes, you need to cut yourself off from people who don’t make you happy instead of creating stories to keep the peace.

A passive aggressor will make numerous excuses to avoid you. Based on research, making excuses is a covert way of inviting challenges. Therefore, a passive-aggressive person will use excuses, such as a grieving process or a sick family member, to cover for inadequate application at work. A passive aggressor seeks ways to convince the other person that they have a tight schedule to avoid their company. Note that a passive aggressor won’t socialize with other toxic people.

Keep in mind that most people make excuses today because they’re overworked, busy with family life, or lack energy as they need to recharge. It’s important not to assume that every person who makes excuses is a passive-aggressive individual. Try to make hanging out with you sound enjoyable to others, so they get excited about it.

The key objective of a passive-aggressive person is to avoid confrontation. Face-to-face communication gives the other person an advantage because a passive aggressor won’t address the situation. Improved technology has increased ways of communicating without face-to-face contact.

A passive aggressor will opt for social media and smartphones to maintain a considerable distance. A passive-aggressive person will use abusive language due to a lack of ownership and quasi-anonymity. In addition, a passive aggressor will ignore your messages, especially if you’re talking about negative things.

If you’re unhappy in a romantic relationship, rather than withholding intimacy, consider leaving the relationship. Overpowering another person isn’t love.

10. You Downplay Requests and Personal Statements

Based on studies, most passive-aggressive people are ashamed, afraid, and unwilling to express their emotions or feelings. Therefore, if passive-aggressive people get enough courage to confront you, they’ll use an approach that makes the situation less significant. At a point, the habit of downplaying requests and personal statements is a way of pleasing other people or reducing the impact of the situation.

By being upfront about how you feel, you can get the support you need. For instance, explaining to someone how something triggers you can get him or her to stop doing that specific behavior. However, if they don’t know that their behavior is bothering you, they’ll keep hurting you without realizing it.

A passive-aggressive person doesn’t like to receive feedback, particularly criticism. Although let’s be real, no one does. A passive-aggressive person will avoid face-to-face confrontation. They can’t show their feelings; therefore, being lonely will improve peace of mind. Most passive aggressors will isolate themselves to clear harsh feedback. In addition, if you prefer working unsupervised because you’re anxious, there are high chances that you’re a passive-aggressive person. Being lonely is associated with numerous mental health problems, such as depression, addiction, inadequate sleep, anxiety, and emotional distress. Keep in mind that this behavior tends to happen when you work in a toxic culture.

12. Being Fluent in Sarcasm

Passive-aggressive people will use humor to mask their emotions and feelings. Being fluent in sarcasm is a way that passive aggressors use to deflect criticism. According to research, a passive-aggressive person will play the victim of a misunderstanding. Using sarcasm to diffuse your hostility and humbling yourself when the other person takes the situation seriously, you’re dealing with passive-aggressive behavior. Sarcasm can destroy healthy relationships within a short span, as it is a toxic behavior.

13. You Don’t Get Satisfied, Even After Coming to a Resolution

People exhibiting passive-aggressive behavior won’t express their feelings; therefore, there are high chances that the resolution doesn’t satisfy you. Passive-aggressive individuals will pretend to be satisfied, even if they aren’t. For instance, if a couple resolves an underlying problem in the relationship, a passive aggressor will be unwilling to admit it and stay unhappy. It’s essential to seek help early because passive-aggressive behavior will lead to mental agony and stress. You can only calm the mind if both parties have resolved an issue together.

A passive-aggressive person will ask leading questions to help you understand their feelings indirectly. Passive aggressors won’t address their feelings on a direct approach; therefore, it’s your duty to read their minds. Mind-reading is considered a pattern of problematic thinking since no one can do it.

Asking leading questions is a common approach that lawyers use to incriminate other people. Being unable to request what you want from someone directly is a subtle sign of passive-aggressive behavior. Sometimes, a passive-aggressive person will opt for this strategy to lower the chances of offending others.

Communication between two or more people is essential because it helps them understand each other. A passive-aggressive person avoids clear and direct communication to minimize the risk of disagreements, conflicts, and arguments. Avoiding clear communication is what makes a passive aggressor prefer isolation rather than socialization.

In addition, a passive-aggressive individual will remain silent, even if an answer or response is required. A passive aggressor will procrastinate communication until the other person reads their mind. It’s, therefore, essential to find a therapist to help prevent ruining healthy relationships, particularly during the long term. You can also try this loving-kindness meditation, which can help you better showcase your love for others when communication is hard.

There are several ways to deal with passive-aggressive behavior, such as believe in yourself, determine your behavior, improve your communication skills, be assertive, accept criticism, and be open to confrontations. It’s important to notice the signs of passive-aggressive behavior to protect yourself from harm or stop yourself from damaging your own life. Guided vs Unguided Meditation: Pros, Cons, and Which Is Better?

When comparing guided vs unguided meditation, you might not know which is best for you depending on your stage of… 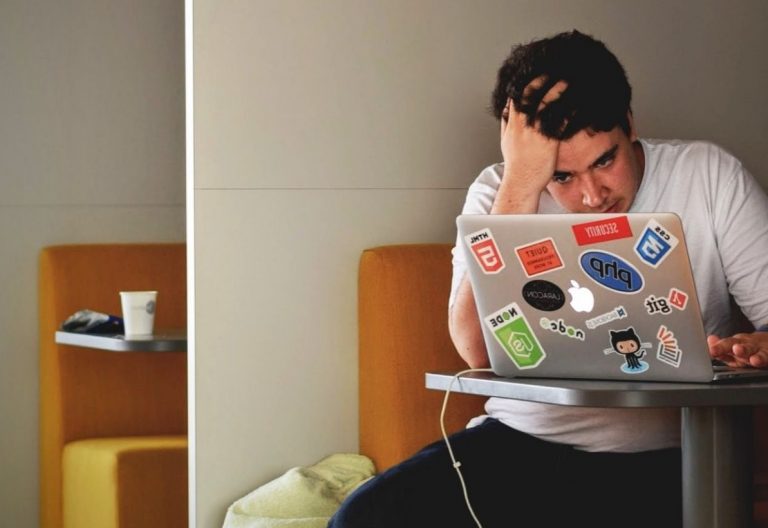 Sunday Scaries: How to Deal With the Fear of Going to Work

The dread of the upcoming work week can cause chaos on Sunday night. The Sunday scaries are a real phenomenon… How Meditation Helps With Focus

The modern human is a distracted creature. We can't help it. There is a whole market of gadgets or apps…