Toxic Positivity: What Is It? Why Is It Bad? And Examples

We’ve all heard the term toxic positivity before, though most people aren’t sure what it means. While optimism and positivity are helpful in certain situations, it can be harmful to force someone to feel happy when they aren’t. This toxic positivity happens when you don’t allow yourself or someone else to experience their negative feelings. Instead, you promote and encourage them to be positively invalidating their feelings. It’s the opposite of validating feelings and sitting with your difficult emotions. In this article, we’ll be discussing everything you need to know about toxic positivity and why it’s so harmful.

Free meditation appDeclutter The Mind is an app that will teach you how to meditate, help you form the habit of a regular practice, and expand your mind to the teachings of mindfulness.
Download App
Article Contents show
What is toxic positivity?
What makes toxic positivity harmful?
1. It’s shameful
2. It makes you less human
3. It encourages sabotaging behavior
4. It prevents growth
Examples of toxic positivity
1. “You’ll get over it”
2. “Don’t be so negative!”
3. “Always look at the bright side”
4. “Failure isn’t an option”
5. “Think happy thoughts”
4 Ways to cope with toxic positivity
1. Validate your feelings
2. Avoid repressing your feelings
3. Talk to someone
4. Don’t force happiness
Conclusion

What is toxic positivity?

Toxic positivity is being overly obsessed with positivity even when things are going horribly. While it can be healthy to be positive, it’s not something you should be all the time. There should be more balance between positivity and negativity during specific situations.

You can’t expect people to be happy and positive all the time, particularly in situations of stress, trauma, or loss. When dealing with something complex like grief or loss, you shouldn’t be asked to repress your feelings just to put a positive front. Most people have good intentions because they don’t know the right thing to say or do, to help you as you struggle with negative emotions and difficult life events. However, it is frustrating for the person suffering because their feelings aren’t acknowledged, and they aren’t being supported.

What makes this toxic positivity is the more you force your difficult emotions out of the way and replace them with false positivity, you’re not doing yourself any favor in processing what you feel. Toxic positivity promotes that you’re not allowed to show your negative emotions and that if you do, it makes you become less of a person. The reality is life is all about feelings and experiences. Sometimes they’re wonderful, but sometimes they truly suck.

There’s something so shameful about repressing your emotions and pretending to have everything together when in reality, you’re falling apart. It leads to repressed emotions when you actively promote toxic positivity, which is a very unhelpful way of processing your emotions. It makes you believe that your own emotions aren’t valid. You end up feeling shameful for even feeling them. Positivity might be healthy, but not to the point where it encourages you to numb your difficult emotions out.

Validating a person’s emotions and feelings at the moment of trauma, loss, or challenging event can help them through their feelings in a healthy way. People will often go through the stages of grief, even during traumatic situations. By going through all the steps as they should, you allow them to eventually figure out how to accept and move forward from their pain. So instead of sharing your toxic positivity, first acknowledge how challenging it must be for them.

2. It makes you less human

The aspect that makes us human is experiencing both good and bad emotions. When you force yourself to feel pure positivity and optimism, you’re depriving yourself of the ability to feel human. Pain and other challenging emotions, such as grief and loss, are all part of the human experience. While happiness and joy are both good experiences, it’s not the entire human experience.

Under extremely tense situations like trauma, acting like everything is fine usually causes a situation to magnify 10x. For instance, a person who doesn’t get the support they need immediately following trauma is more likely to develop post-traumatic stress disorder (PTSD) than someone who gets the support they need early on. Encouraging toxic positivity after a traumatic event might be the reason why people need to go on disability to heal from PTSD.

You can’t grow and become better if you’re always repressing your emotions and forcing happiness out of you. While happiness is such a good feeling, you can’t force yourself to feel it all the time. It just doesn’t work that way. When you shut yourself off from the complicated feelings, you’re also shutting off the possibility of learning from them.

When someone is in a lot of pain, it usually leads to a make-or-break moment for them. Most people need to hit rock bottom to help themselves. By allowing people to go through their journey of pain and suffering, they create the life they want for themselves in the aftermath of the pain. It could lead to an artistic outlet, making their way to find a therapist to help them, or reading a book that gives them meaning. Let people explore their pain in their way.

“You’ll get over it” is one popular example of toxic positivity being portrayed. When you constantly tell people to get over it, even if what they’re going through is particularly difficult. Even if their situation isn’t something you understand, you should never tell someone to get over it. Not only are you lacking invalidating their feelings, but you’re diminishing their struggle and pain. Remember that every person’s experiences and pain tolerance are different. Just because you don’t understand what they’re going through, doesn’t mean you should invalidate their pain through the promotion of toxic positivity.

When dealing with something difficult, the last thing we want to hear is to not be so negative. You can’t rush the process of moving on with your difficult emotions, which makes toxic positivity so sabotaging. Even if you want yourself or others to remain positive, that’s not how reality works. You’re going to feel complex emotions, and that’s okay. It’s all part of what life is all about. Being negative during a bad situation is a very normal reaction.

3. “Always look at the bright side”

We’ve said this at least once in our lives – to always focus on the bright side of things. However, not only can this come off as condescending, but you’re making them refuse to sit with their emotions. The thing is, you need to sit with even your most intolerable emotions if you want to move forward and become happier. You can’t just force happiness in one sitting, as that’s not how it works. Most importantly, sometimes, there is no bright side. Especially with situations like grief and loss, there’s not a bright side to look at, so saying this is toxic positivity.

We’ve all had this line said to us at least one point in our lives, mostly by our parents or family. However, failure is hugely normal, and in most cases, it can even encourage your path to success. If you always pressure yourself to be perfect, you’re also self-sabotaging your own progress and success. Any perfectionist will tell you that you can only learn from your experiences and become better at overcoming mistakes and failing. Failure is an option, and it’s okay, as long as you rise back up and learn from that experience. The most successful people all failed multiple times, even at the thing they’re known for, such as the lightbulb’s invention or the release of Harry Potter books. Failure can inch you closer to success, so go ahead and fail.

“Think happy thoughts” can undoubtedly be helpful in situations of a panic attack or anxiety. Still, if it’s all you ever say to someone when they’re dealing with a difficult situation, then that’s toxic positivity. You need to learn to encourage sitting with your darkest thoughts. That doesn’t necessarily mean that you have to dwell on them or even believe your thoughts, but only in sitting with your thoughts can you actually learn something from them.

Practicing a guided meditation can help you learn how to sit with tough emotions. You’ll find meditations for every emotion: positive and negative, to help you get on track on the Declutter The Mind app, which is free. You can also follow along to meditation videos to help you control your emotions when they get too chaotic.

4 Ways to cope with toxic positivity

Whether it’s for yourself or towards others, you need to learn to validate emotions. That doesn’t mean that the way you respond based on your emotions is valid, but it simply means that all your feelings are worthy of acknowledgment. Whether it’s grief, loss, anger, resentment, anxiety, or even depression, you’re allowed to feel all these things. It might be difficult, but these negative emotions are what make you human. Accept your feelings for what they are, and let it go only then can you move forward.

There’s nothing wrong with talking to someone about your feelings so you can process them better. This is one of the healthiest options you can choose from in dealing with your emotions rather than choosing to numb yourself out or to force happiness when you’re not yet ready. Whether it’s talking to a friend or a counselor, it’s essential to talk to someone to help you process your emotions better. It’s also a pretty good feeling after talking to someone about what you’re going through, even if they’re just there to listen to you.

Whether it’s you that’s feeling particularly down or others, don’t force happiness. You can’t rush the process as you need to sit through your darkest emotions to get past a tough obstacle. Pain isn’t something you can rush, but it’s something you need to be patient about. Toxic positivity happens because we want ourselves or others to feel good right away, but this never works out for the best. Forcing happiness when you’re not ready is detrimental to your mental health because you refuse to validate your emotions and learn from them.

This article highlighted everything you needed to know about toxic positivity and why it’s incredibly harmful to you and others. This isn’t something you should be promoting to yourself or other people. Let the dark emotions come and learn what you can from them, but don’t rush happiness. Even if sitting with your pain and suffering is so uncomfortable, it’s all part of the process. Otherwise, if you skip through the stages and go straight to happiness and joy, your difficult feelings are still there lurking, and you won’t be able to move forward, which is what you’re after, afterall.

How to Stop Complaining: 7 Ways to Change Your Attitude

Think about how you feel when you are with someone who is complaining, after a while, it becomes tiring just… 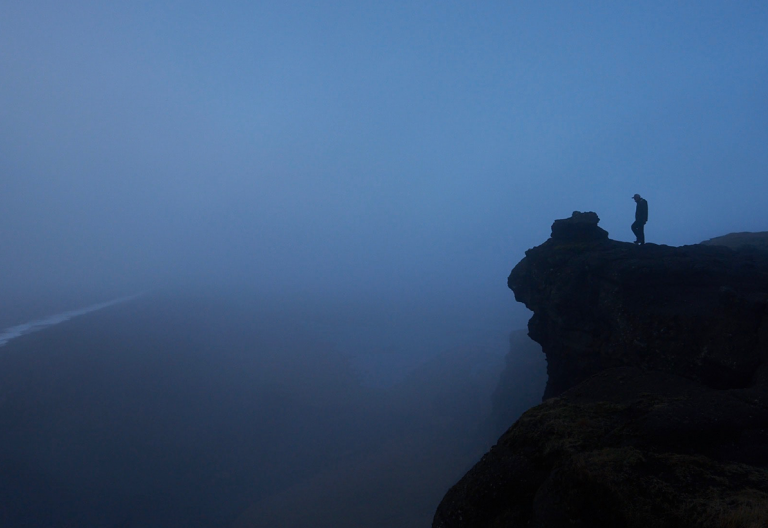 Feeling Empty: 7 Ways to Heal The Void You Feel

The feeling of empty is difficult to explain, but once it appears, you can come to feel that it clings…

Racing heart, hyperventilation, feeling like you’re going to die. Having a panic attack can be a scary feeling. And to…