Fearful Avoidant Attachment: What This Means in Relationships

In psychology, the subject of “attachment theory” presupposes that the way we relate to people in relationships in adulthood began with our parents. They are our caregivers who do their best to integrate us into society to become well-adjusted, happy adults. It then largely determines the quality of emotional relationships that we will form later on in life.

One of these attachment styles is the fearful avoidant attachment style described in the 2019 issue of the Journal of Sex and Marital Therapy as a reluctance to engage in a close relationship but is also desperate for affection from others. It’s a contradiction that can be defined as wanting to be intimate with someone, but then you’d have “to keep your distance” because of the fear of being rejected or left behind.

People who have fearful avoidant attachment traits want and need closeness, so they try to seek intimacy from their partners. Still, due to a complex range of emotions that stems from insecurity and fear, they are at a loss. They’re unable to achieve that deep connection of which only an intimate relationship can produce.

Babies and young children who had parents who managed to meet their emotional needs (at least most of them) will tend to become adults with stable and secure emotional dispositions. Conversely, babies who have not had their needs met may grow up to become adults who are anxious, afraid, even avoidant of any intimacy.

In most cases, the fearful avoidant personality form strained and troubled relationships that lead to conflict, which leads to emotional depression for one or both partners. The relationship itself can be short and even less fulfilling than what a “normal” relationship could afford. This is because they, as young children, experienced rejection from family members that they perceived as figures with whom they should have been intimate. To some, these emotional scars are so deep-seated that they tend to reject close emotional bonds that could otherwise satisfy their longing for closeness.

Nevertheless, when they eventually get into a relationship, it turns out to be a rollercoaster of highs and lows. And for most people, it is seen as intense and uncomfortable. For others, out of control.

Attachment styles that come before the fearful avoidant are considered less problematic but are either related or one other component of the fearful style. Either way, these are basic styles that need to be described to show the difference between the three.

Individuals who had parents who consistently provided acts of love and emotional security to their children tend to have happy and secure relationships as adults.

Persons who have experienced some form of neglect and some who have had absentee parents tend to be fearful and “needy” in their relationships.

What Makes Up a Fearful Avoidant Attachment Personality?

Studies suggest this behavior stems from childhood with the primary caregiver that the child may have experienced inconsistencies that graduated into traumatic events. This kept the child in a constant state of fearing and needing his or her caregiver. They are constantly “being caught” in-between feelings of wanting to escape and being triggered with attachment needs which creates a dissonance that lasts into adulthood.

Later, the adult is trapped between wanting and needing comfort but at the same time cannot give trust to anyone or anybody. This may have something to do with his or her caregiver, who may have been not trustworthy. This feeling of being suspicious is involuntarily mixed up with the triggering of attachment needs caused by the much more prominent imposing figure of the caregiver. Hence, being in a state of being constantly caught between wanting to avoid and being simultaneously stuck with feelings of neediness.

Although it has been studied and suffice to say that the possible and sole cause of fearful avoidant personality is somehow only rooted in childhood, recent studies point out that some subjects don’t necessarily have the same negative experiences compared to most cases. So, it has been concluded that some other events other than childhood experiences may have come into play as a factor in the formation of the fearful avoidant style.

How does this Attachment Style Affect Relationships?

Some studies conclude that fearful avoidant personalities tend to have more sex than your average sexually active individual. This is because of the sexually compliant behavior that makes them more likely to say “yes” when the opportunity presents itself. Having an active sex life is categorically normal. Still, while other people seek out sex as a means to experience intimacy and physical satisfaction, it seems that the fearful avoidant personality takes to sex for no reason at all. At least from an observer’s point of view.

In theory, as Favez and Tissot put it, fearful avoidant people engage in out-of-control behavior because of those deep-seated feelings of confusion. These are mainly composed of the need to have that intimate connection, and at the same time being revolted by it. They further say that the fearful avoidance feelings cause the individual to seek sexual relations to experience heightened closeness. Simultaneously, the same emotions drive them to break the bond and seek a new partner. This is how the out-of-control sexual behaviors form, an eternal alternation of approach and avoidance.

The result doesn’t usually end well for the fearful avoidant since this pattern spirals down to emotional depression and feelings of being drained more often than not. It eventually becomes destructive and not to mention the emotional stress of going from one heartache to another. This all gets in the way of productive relationship goals that will only serve to deteriorate the progress you may be making in a relationship.

What is the Possible Relief from Fearful Avoidant Attachment?

On your own, the diagnosis of fearful avoidant behaviors can be a complex case to detect and confirm. But with the help of professionals, you can settle down from wondering whether you are one or not. If you are, what then can you do about it? Not to worry, these traits are not “solid-state,” and with the right tools and strategy, there is the hope of changing it or eliminating it.

Here are some of the things you can do if you think you have fearful avoidant attachment traits:

Assuming that your fearful avoidant attachment style has come about due to childhood trauma, the wisest thing to do is seek professional help. A past traumatic event can be a massive blowback to your present, especially when it was buried deep in the attempt to ease painful memories. A specialist will help the person keep himself in a controlled environment as solutions and relief are being explored and applied.

2. Be Upfront with Your Partner

Despite the perception that a fearful avoidant is disorganized and confused, they still consciously seek a partner that they would want to feel safe with. Whether it’s you or your partner that may be fearful, you must sit down and talk about your past and your intentions for the future. This is also a good measurement of how sincere your partner is in building that relationship with you long-term. If he or she leaves or maybe doesn’t take you seriously, there is a good chance that he or she is not in it for the long haul. They would have much less patience to help you out. Communication is key. Listen to the response.

3. Listen to How You are Reacting to Your Partner and other Potentially Stressful Situations

Keep a journal. Record your experience when you feel yourself unravel for whatever reason. Are you reacting out of instinct which is relatively unrelated to the situation at hand? Or is the danger real? A mindfulness journal allows you to become more aware of your thoughts.

One way of achieving a mindful state is to meditate. Through meditation, you can calm yourself down enough for you to hear above the noise of your past experiences. Meditating can help calm you down and not be reactive but by being responsive. We have a free guided meditation app, Declutter The Mind, that you can check out and use to help you manage these feelings of fearful avoidant attachment.

Find your triggers and work out practical solutions to avoid and overcome old fears and uncontrolled irrational emotions. Although it may be easier said than done, meditation practice might just become a necessary lifelong habit for lasting change.

Being around someone secured and calm can likely rub off on someone who is not. If the fearful avoidant is always around a secure attachment style, they become more comfortable and less fearful. This could potentially open him or her up for personal improvement. One thing to look out for is, don’t forget to let your partner know. This is for the sake of preserving your integrity as opposed to springing a surprise and coming off as desperate and needy. This way, you can start on a foundation of trust. 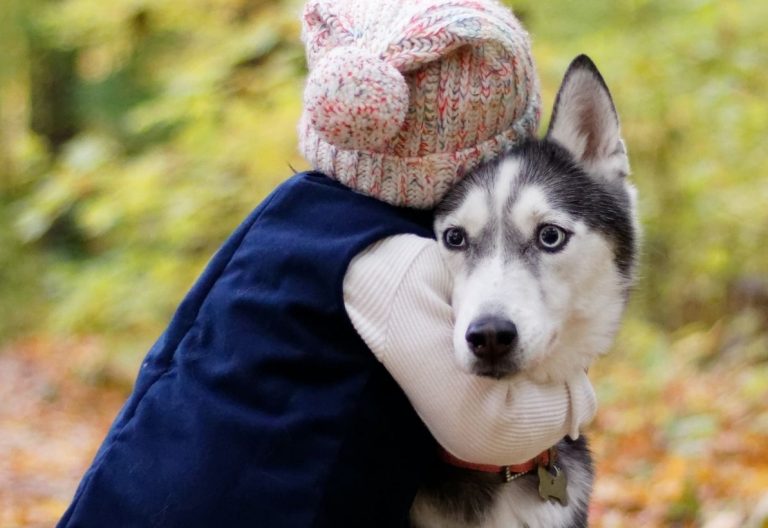 21 Ways to Show Moral Support to People In Need

Moral support is a key part of helping people in their times of need. Without emotional support, the human aspect… How to Let Go of Resentment

We all feel resentment, and that's completely normal. However, it can also significantly impact your life negatively. If you want…

10 Ways to Practice Mindfulness and Be More Present