How to Deal with Your Inner Critic

If you aren’t familiar with what an inner critic is, it’s the voice in your head that tells you that you’re not good enough, you’ll never amount to anything, and other negative beliefs you think are accurate but aren’t. While you should never believe everything, your inner critic says, these are representations of your insecurities and fears. Your inner critic will always attack you, so there’s no reason you should believe in these lies in your head. In this article, we’ll be talking about the ways you can deal with your inner critic.

Article Contents show
How to Deal with Your Inner Critic
1. Don’t dwell on your thoughts
2. Practice self-awareness
3. Treat yourself like you would a friend
4. Reverse your perspective
5. Examine the evidence
6. Use positive affirmations
7. Consider the impact of your negative thoughts if they became a reality
8. Continue working on yourself
9. Stop running away from failure
10. Stop making mountains out of molehills
Conclusion

How to Deal with Your Inner Critic

1. Don’t dwell on your thoughts

The first and primary rule in dealing with those negative voices in your head is to avoid dwelling on them at all costs. They’re not accurate in the first place, so there’s no reason to dwell on them further. Doing this may be easier said than done, but you have to do everything to get out of your head to avoid believing in your inner critic. It’s so easy to think up every negative thought you have. Distractions will be your best friend in this aspect. Go for a run while listening to positive songs, write in a journal, or play video games – do whatever it takes to avoid dwelling in your thoughts. Some say that right-brain activities like meditation, painting, arts and crafts, and other creative activities help silence negative thoughts. That’s because the right brain is pretty quiet while the left brain controls language. Consider developing your right brain to minimize the loudness of your thoughts.

Self-awareness is the aspect that will save you from believing in every phrase and statement your inner critic tells you. When the voice gets so loud in your head, self-awareness is how you distinguish what’s real and what isn’t. If you’re accustomed to negative thoughts most of your life, it can be challenging to stop yourself from believing every voice and every thought. By practicing self-awareness, you have better control over your thoughts instead of letting them control you, and achieve inner peace. While the thoughts still come, you have the mental strength to accept them and not believe them. There are several ways you can practice self-awareness, one of which is meditation. You can follow along to guided meditations for self that’ll help guide you through a journey of overcoming your inner critic.

We don’t realize how badly we treat ourselves until we keep doing it, like a reoccurring bad habit. Treat yourself how you would typically treat a friend whenever they’re sad or troubled to deal with these negative beliefs. If you wouldn’t say harsh things to a sad friend, then all the more you shouldn’t say those things to yourself. To avoid getting involved with your inner critic, cheer yourself up like how you would do to your best friend, whether that’s going for a walk, pampering yourself, and doing fun activities to get out of your head. Whatever it is, try treating yourself with kindness and compassion instead of being so hard on yourself. Stop beating yourself up. Think of all the pep talks you’ve given your friends over the years. Giving yourself the same kind of talk can do wonders for your mental health.

Reversing your perspective is one of the most effective ways to avoid believing in everything your mind tells you. When you have a negative thought, try flipping it and see where that takes you. For instance, if your belief is ‘what if I don’t pass that job interview because I’m not good enough?’ try changing it to ‘what if I pass that job interview and end up getting everything I wanted?’ Sometimes, we’re stuck in this spiral of negativity and despair that we fail to realize that there’s always an alternative perspective of things. If you aren’t careful enough, you’ll get sucked into negative thinking that you forget what it feels like to see the positive side of things. Always reserve your perspective and see where that takes you.

If your mind tells you a harsh and critical thought, examine and find the evidence that backs up that thought. More often than not, you won’t find evidence to back it up because it isn’t accurate. If your inner critic keeps convincing you things like you won’t be successful enough, it’s because you fear that it’s going to be a reality, but as of this moment, this thought is just a fear. If the evidence you see comes from your past, this is no longer accurate because your past experiences aren’t a credible form of evidence to back up your negative thoughts. Fear may seem like a simple thing, but it’s capable of holding you back in the form of your thoughts. As long as you don’t find evidence in the present moment, your belief isn’t valid, so it’s best to let it go. Finding proof for your negative thoughts will have to involve hard truths. Consider doing this practice with a counselor or a friend as they’ll likely see things more objectively and can provide emotional support.

Words are more powerful than you give them credit for. Positive affirmations, when used right, can give you the confidence and encouragement you need to counter your negative thoughts. If you’re dealing with your inner critic, try either saying positive affirmations out loud or writing them down. Positive affirmations are encouraging phrases that can help you remember the truth of who you are and the very best aspects of yourself. They help you believe in yourself when no one else will. Instead of focusing on your insecurities and fears, affirmations remind you that you’re mentally stronger and capable of controlling what you think. Whenever you start to believe the lies in your head, say a positive affirmation out loud and believe in what you’re saying. Gratitude is much stronger than negativity, and that’s why these affirmations work wonders when you’re battling with your mind. This practice is also a familiar exercise people do in counseling. Whenever a negative thought appears in your mind, replace the belief with a positive one. If you do this every time this happens, you’ll rewire your brain to do this naturally.

7. Consider the impact of your negative thoughts if they became a reality

While nobody wants their negative thoughts to become a reality, consider the alternative scenario of when it does happen. Sometimes, things aren’t always as bad as we think, and we make it more prominent in our heads. This practice is called catastrophizing. For instance, getting rejected at a job interview isn’t the worst thing, as failure can always be a stepping stone for success. If you fail at that job interview, maybe it was a sign that it wasn’t a job meant for you or that there were more qualified people interviewing for that role. Your inner critic thoughts becoming a reality isn’t always the worst thing to happen, despite what our minds tell us. So coming to terms with this is how you can effectively let go of these negative thoughts having a hold on you.

8. Continue working on yourself

One of the reasons you may still feel insecure is you don’t feel like you’re growing enough. Accept your flaws and weaknesses for what they are and work on improving your strengths instead. You can’t be perfect, but you can always dedicate your time and energy to keep being the best version of yourself every day. Doing this won’t diminish your inner critic completely, but it can help you have the mental clarity and confidence to know that you’re doing everything you can to be better. When you know that you’re trying your best, your mind’s inner critic will become background noise that you choose not to validate. Rather than believing in toxic thoughts and giving them power, you know who you are and what you want, which becomes more than enough to deal with your negative thoughts.

9. Stop running away from failure

We’ve established above that your inner critic is harsh towards you because it stems from your insecurities, doubts, and fears. More often than not, it comes from your fear of failure. Whether that’s failing to be successful, failing to close that deal, not getting hired for that job interview, or failing to make a good impression, whatever it is, failure is quite an intense fear that can hinder your growth and progress. You can’t fear failure for the rest of your life because it’s failure that helps you learn difficult lessons that you can’t learn from anywhere but experience. As uncomfortable as failure is, it will help you reach success and all the accomplishments you want to achieve. However, this can’t happen if you fear it, especially as your inner critic will encourage you to avoid failure at all costs. Come to terms that you’re going to fail and make mistakes along the way and that it’s okay.

10. Stop making mountains out of molehills

If you aren’t familiar with this expression, making mountains out of molehills refers to making something big out of a minor issue. We don’t realize it at the time, but it’s easy to exaggerate our feelings and thoughts, even when it’s unnecessary to react at all. Avoid making a big deal out of something minor, so if it’s something that you think you’re eventually going to get over from or something a distraction will help, then there’s no need to make it a significant issue. If you are unsure if something should be a big deal or not, taking some time to breathe and think it over before reacting. It’s easy for our anger, frustration, and other emotions to cloud our judgment, so the best thing you can do for the moment is to step back and reflect.

In this article, we were able to shed insight into how you can effectively deal with your inner critic. It’s not easy to fight off this inner critic in your head, especially when it’s easy to dwell in negativity and doubt. However, remembering the best aspects of yourself is your best strategy in fighting your negative thoughts. You are never a reflection of your flaws but rather a reflection of your strengths. 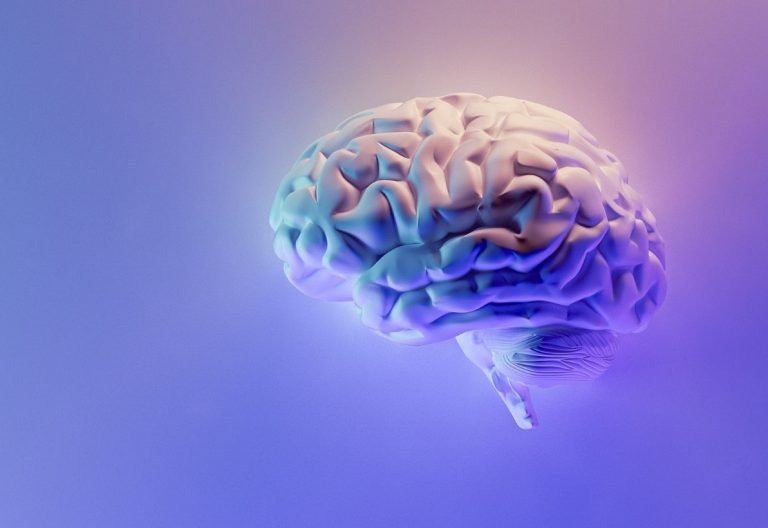 As you age, your brain will start to decline. Fortunately, practicing some brain exercises every day can help delay that… How To Stop Being Emotionally Reactive: 13 Techniques That Work

When we are emotionally reactive, we tend to be more stressed. We feel angry or often hurt because we react… 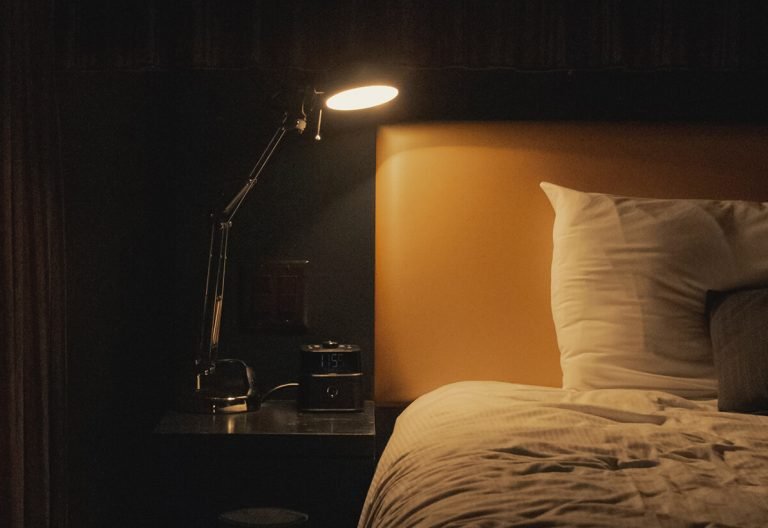 How to Meditate Before Bed: 5 Practice Techniques Before Sleep