What Is Gaslighting? Examples and How to Respond

Gaslighting is the worst kind of manipulative behavior you’re going to deal with in your life. If you aren’t familiar with what gaslighting is, it’s when someone manipulates you into getting what they want. They twist the truth, and they do everything they have to so that you provide them with their needs. It happens not just in relationships, but this applies to friendships and even in the workplace. When you’re gaslit, it can be hard to get out of this, especially when you care about them. In this article, we’ll be talking about gaslighting examples you need to know and how you can respond.

Article Contents show
What is gaslighting?
Examples of gaslighting
1. Countering
2. Withholding
3. Trivializing
4. Denial
5. Diverting
6. Stereotyping
How to respond to gaslighting
1. Have space from the other person
2. Collect evidence
3. Set boundaries
4. Confront them
5. Walk away

What makes gaslighting one of the worst things you can deal with is that it’s a form of manipulation and abuse done to you directly and that alone is enough to cause a specific trauma in your life. Gaslighting is when someone intentionally hurts you by twisting your version of the truth into their own, resulting in invalidating your feelings. Most importantly, gaslighting makes you question your sanity and everything you once believed in. It’s the single most self-sabotaging thing you’re ever going to experience, and that alone says so much about how painful and destructive gaslighting is, especially to your mental health. The worst part of this is when the person behind it isn’t aware of the trauma they’re causing to the one being gaslit. Whether intentional or unintentional, the aftermath of gaslighting is a trauma that’s hard to recover from.

This example of gaslighting is when someone refused to acknowledge a specific memory or event that has happened. They make you question that it ever happened in the first place, and they act as if they have no recollection that it took place. They make you doubt your memory capabilities, and this alone makes you question if that event really did take place or if it was just all in your mind. This is one of the worst examples of gaslighting because most often than not, it did happen, but the person gaslighting you is making you believe that none of it was real, questioning your sanity entirely. When you confront them, they likely answer with the fact that your memory serves you incorrectly.

Out of all the gaslighting examples in this list, this one is the worst because it’s pervasive in gaslighting, and it’s one where manipulation is most present. Trivializing occurs when they disregard and invalidate your feelings in any way whatsoever, causing you to think that your emotions aren’t valid in any way. They tell you hurtful words such as you’re too dramatic or that you’re overreacting, and this is what encourages you to believe that maybe everything is your fault and things happened the way they did because of your doing. Gaslighting occurs when they think your emotions don’t matter and that you’re making too big of a deal out of things. After you go through gaslighting examples such as trivializing, the tendency is either you become afraid to open up your emotions, or you start believing that everything bad that happens is entirely your fault alone.

This is similar to the first point in this list, which is countering, but denial actively ignores events and feelings. When you try to confront them about their gaslighting behaviors, they will deny this every chance they get, such as forgetting it ever happened or even accuse you that you’re making things up. This doesn’t feel good for the person being gaslit because, in a way, this is a combination of both trivializing and countering where they don’t acknowledge your feelings and your memory at the same time.

Similar to the other gaslighting examples in this list, diverting is when they deny your emotions or what you’re trying to say, except they involve another point of view. For instance, they might say that you got that idea through your friends, or it was a crazy idea you had because of the movies you watch. They try their best to divert your attention from the reality at hand by saying that you were influenced to think or feel that way. Unfortunately, you end up believing them – that maybe your emotions were never real in the first place.

This is one of the most destructive gaslighting examples. The other person will judge or stereotype you according to your gender, sexuality, beliefs, culture, or anything else they see appropriate. For instance, if you’re opening up about your feelings, they could say that you tend to be more emotional since you’re a woman, which makes your emotions not valid. Stereotyping is similar to trivializing, except their reason is based on who you are as a person. If they see any flaws worthy of using against you, they won’t hesitate to do so to turn things in their favor.

How to respond to gaslighting

1. Have space from the other person

When someone is actively gaslighting you, this may not always be recognizable immediately when you’re always around them. One minute you feel good around them, and the next, they manipulate you through gaslighting. It’s one of the most draining and toxic behaviors that can ever be done to you. When you have space from the other person, it helps you reflect and analyze the situation’s reality without being manipulated into their version of the truth. Sometimes, space is all you need so you can think of a logical reaction to being gaslit.

This is especially true for gaslighting examples like denial and countering, where they refuse to acknowledge and accept that certain events took place. This means that you need more evidence to support that it’s not just all in your head, but that event took place. Collecting evidence is helpful, especially when you’re trying to confront them or you’re trying to seek help from someone else that you’re gaslit.

Most often than not, gaslighting happens because of the lack of boundaries you set in certain relationships and friendships. You can’t be manipulated if you know exactly what you tolerate and what you don’t, which is why the people being gaslit are often those who don’t know how to set boundaries and stick to them. Given that boundaries are difficult to stick to when it’s your loved ones we’re talking about, but it’s often necessary if you intend on keeping your sanity.

This is one of the most complex parts of being gaslit because you should expect they’ll do everything to manipulate things in their favor. When you confront them, make sure you have the confidence to do so and stand your ground, even when they make you feel insane, insecure, and doubtful of your version of the truth. Trust in your instincts, believe in yourself, and confront them with how their behavior and actions are affecting you negatively. Don’t try to comfort them when they play the victim, and don’t try to lessen your version of the truth for their sake. It’s painful enough that you were gaslit, so the best thing you can do is confront them about it.

The hardest part of being gaslit is that if they’re not going to change their behavior, which is the common tendency, you need to walk away from that friendship or relationship. Being gaslit is highly detrimental to your mental health, so to keep your sanity, walk away from them as early as you can before they destroy you further. One of the common factors of toxic relationships and friendships is gaslighting being present, and even if you want to, you can’t save that friendship or relationship on your own. If they’re not willing to change and are not going to treat you the way you deserve, it’s better to walk away entirely.

In conclusion, I hope this article could shed insight into everything you needed to know on gaslighting examples and dealing with them. This form of manipulation and abuse leaves a trauma in your life, making it all the more difficult to deal with. This is why it’s significant to protect your sanity by confronting them and walking away as early as you can to reduce the impact of being gaslit by the other person. No matter how much you care about them, it’s not worth staying for. 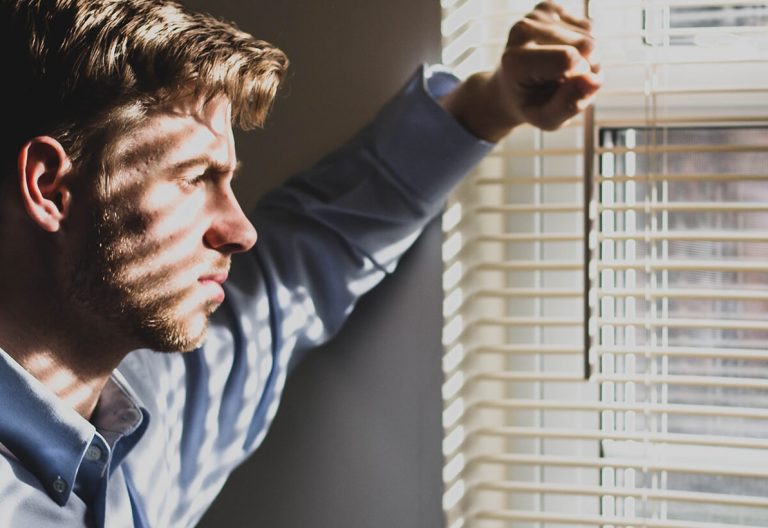 Life sucks sometimes, doesn’t it? We can go through periods where everything goes well. Only to forget it when everything… Why would someone sit still for minutes or even hours, doing nothing but watching the mind? The truth is, it's…

How to Wake Up Early: Become an Early Riser and Reap The Benefits

Everyone knows that going to bed earlier will result in waking up earlier and feeling refreshed. Yes, maintaining your bedtime…