Caffeine and Anxiety: How Caffeine Affects Your Anxiety

Whether you’re aware of this or not, there’s a correlation between caffeine and anxiety. Studies have shown that individuals who regularly consume caffeine have a high tendency to be anxious. For this same reason, people with anxiety do their best to avoid caffeine consumption if their anxiety becomes triggered. Individuals with anxiety tend to switch to a more mild caffeine option such as tea or no caffeine at all. In this article, we’ll be talking about specific ways in how caffeine and anxiety are linked to one another.

Free meditation appDeclutter The Mind is an app that will teach you how to meditate, help you form the habit of a regular practice, and expand your mind to the teachings of mindfulness.
Download App
Article Contents show
12 ways caffeine and anxiety are linked
1. Caffeine raises your stress hormones
2. Caffeine impacts neurotransmitter balance
3. Caffeine causes insomnia
4. Caffeine causes sensitivity
5. Caffeine can lead to mental disorders
6. Caffeine is even more accessible
7. Caffeine deprives you of brain nutrients
8. Caffeine disregards your brain supplements
9. Caffeine can trigger hormone-related sensitivity for women
10. Caffeine triggers panic attacks
11. Caffeine withdrawal triggers anxiety
12. Added caffeine is dangerous
Your turn

12 ways caffeine and anxiety are linked

Even with the common notion that caffeine makes you feel good and reduces stress because of the energy it gives, caffeine adds more stress due to effects like an increase in blood pressure, palpitations, and raising stress hormones. When you consume caffeine, especially when it becomes something you can’t function without, it enters your brain, affecting your stress hormones. It’s easy to think that caffeine makes everything better because you’re more alert and energized, but it acts as a temporary fix and boost of energy. When consumed in large amounts, such as having more than the recommended caffeine intake, your cortisol levels will be negatively affected.

The science behind why caffeine can make you feel alert and focused is that it blocks adenosine, which is the neurotransmitter that triggers drowsiness and exhaustion. This is why caffeine can act as that magic fix in making you feel motivated and productive for whatever tasks you need to accomplish for the day. While caffeine makes you feel all these positive things, there’s a downfall for anxious individuals. If you haven’t heard of serotonin, it’s the neurotransmitter that makes you feel happy. While caffeine can contribute to those feelings of happiness at first, studies have shown that caffeine can lead to serotonin depletion in the long run. When an individual has low serotonin levels, there’s a risk of mental health problems, one of them being anxiety.

It’s not news that caffeine is one of the primary sources of insomnia, especially when consumed before bedtime. The link between caffeine and anxiety can be found when anxious thoughts keep you up at night, caused by insomnia – or rather, caffeine. Instead of getting high-quality sleep at night, you’re stuck with insomnia, which can cause a negative spiral in your thoughts if you’re someone prone to overthinking and anxiety. When consumed in the late afternoon to evening hours, caffeine can effectively disrupt your sleep, preventing you from having an adequate sleep to restore your mind and body to proper health.

While there are individuals capable of sleeping after caffeine intake, people with anxiety feel the opposite. If you have anxiety and consume caffeine, you become caffeine sensitive, which is why you feel palpitations, jitters, and restlessness, among several other things. There are several reasons why you can be caffeine sensitive, whether it’s your genes, metabolism, age, lifestyle, or even medications that don’t specifically go well with caffeine.

5. Caffeine can lead to mental disorders

If you’re someone who goes beyond their average caffeine intake, you’re more at risk with mental health problems like anxiety and depression. In fact, even if you’re mentally healthy, you can still possess symptoms that are similar to those diagnosed with anxiety. In assessments, psychiatrists consistently recommend taking caffeine out of their diet to be more effective than prescribing anxiety medications. The anxiety symptoms like palpitations and restlessness are the same symptoms you feel when caffeine enters your system, which is why there’s a proven link between caffeine and anxiety. Studies have shown that those diagnosed with mental disorders who took caffeine off their diet had a considerable improvement in their mood and anxiety levels.

6. Caffeine is even more accessible

There are several caffeine sources available at your convenience, and it’s no longer coffee and tea. In our world today, you can consume caffeine by soda, coffee, tea, energy drinks, prescription drugs, painkillers, vitamins, and supplements. You never know when you’re unintentionally taking caffeine, especially with medication that has caffeine in them. You should also be aware that labels aren’t always accurate, and caffeine effects are consistently underestimated. Even a 1/4 tablespoon of caffeine can cause acute anxiety, so if you’re someone sensitive to caffeine, it’s likely to affect you. It’s easier than ever to have overconsumption of caffeine, no matter what source it is. Most importantly, 1 tablespoon of caffeine is adequate to kill an adult, making it more deadly than ever.

7. Caffeine deprives you of brain nutrients

Certain foods and beverages are beneficial to your brain health, but unfortunately, this isn’t the case for caffeine. It isn’t just that caffeine doesn’t contribute any beneficial nutrients, but it actually deprives your brain of significant nutrients that impact your mood and brain functions. Magnesium is one of the significant deprived nutrients, mainly caused by caffeine, and without magnesium, this plays a role in anxiety, depression, and other mental issues. Caffeine also deprives you of Vitamin B, which is otherwise known as the anti-stress vitamins. When someone has anxiety, it can be linked to a lack of vitamin B in their system. This is why professionals recommend taking vitamin B in whatever form you can find to benefit your mental health accordingly.

When you take caffeine along with your brain supplements, the harm outweighs the benefits. Anxiety causes your blood flow to your brain to be reduced, and caffeine reduces this further. If you think blood flow is irrelevant, this is responsible for getting all the necessary nutrients to your brain, such as oxygen and water. Several people take brain supplements to get the nutrients required for healthy brain functions and mental health, but the purpose is defeated when combined with caffeine. This is a deadly combination as caffeine neutralizes the positive effects that brain supplements can provide.

We’ve mentioned above that caffeine’s effects on you vary on how sensitive you are and how you process it. It’s more challenging for pregnant women or taking birth control pills to process caffeine in their system. In fact, it takes twice as long for your body to process caffeine. As a result, you also get double the adverse effects that caffeine can give. Women who are also going through menopause can have negative symptoms when taking caffeine, whether it’s anxiety or mood swings. Lastly, caffeine can make the symptoms of PMS worse for women during that time of the month.

Studies have shown that caffeine consumption has caused panic attacks or made them even worse than they originally were for those diagnosed with anxiety. Caffeine can cause jitters and palpitations, which is what can cause panic attacks more than usual. The particular side effects of caffeine are said to contribute to a full-blown panic attack, even if there’s nothing explicitly triggering their anxiety.

With all of these adverse effects mentioned above, caffeine withdrawal can also cause anxiety when deciding to quit. Anxiety is a constant side effect for those who choose to go cold turkey or even gradually quit their caffeine cravings. This is especially true for those who are purely dependent on caffeine to function, such as that morning cup of coffee in the morning. Feeling these withdrawal symptoms can last for as long as a week or two, depending on caffeine’s role in that individual’s life.

In case you aren’t aware of this, not all caffeine is considered natural caffeine, and an example of this is the caffeine found in sodas and energy drinks. Added caffeine is manufactured synthetically, which makes it dangerous for your health. These are hallowed calories and are known to damage your health much worse than natural caffeine. Synthetic or added caffeine is also what you can find in medications such as painkillers and prescription drugs. We’ve mentioned this above, and this is why caffeine is easier to overdose on than ever. Not all medications are transparent about having caffeine on their labels, which makes it a huge risk to go beyond your regular caffeine consumption, especially when you’re taking medications.

In conclusion, I hope this article sheds insight into the significant links between caffeine and anxiety. Several studies have been proving this repeatedly, so if you have anxiety, caffeine is the worst thing you can incorporate into your diet. There are several other ways to get that boost of energy you’re looking for that just isn’t found in caffeine. If you’re someone who has their anxiety triggered every now and then, cutting off caffeine from your diet is recommended. 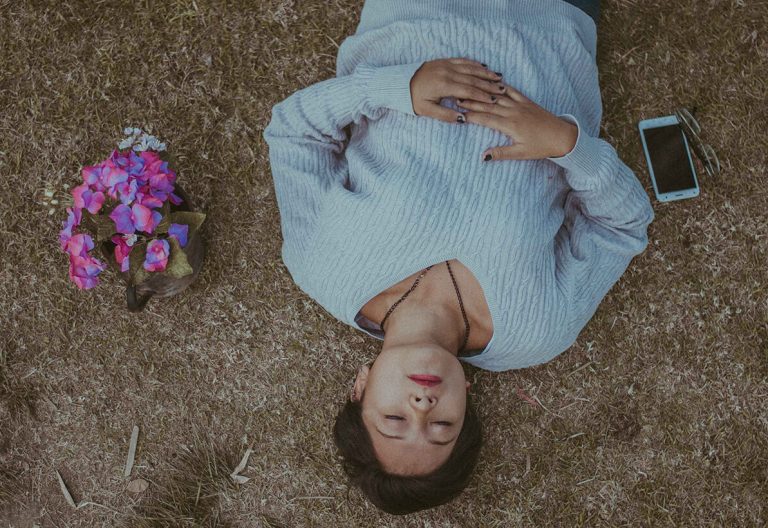 How to Meditate Lying Down Without Falling Asleep

Many newcomers to meditation come looking for a relaxing and calming outlet for the stresses of the day. Meditation is… 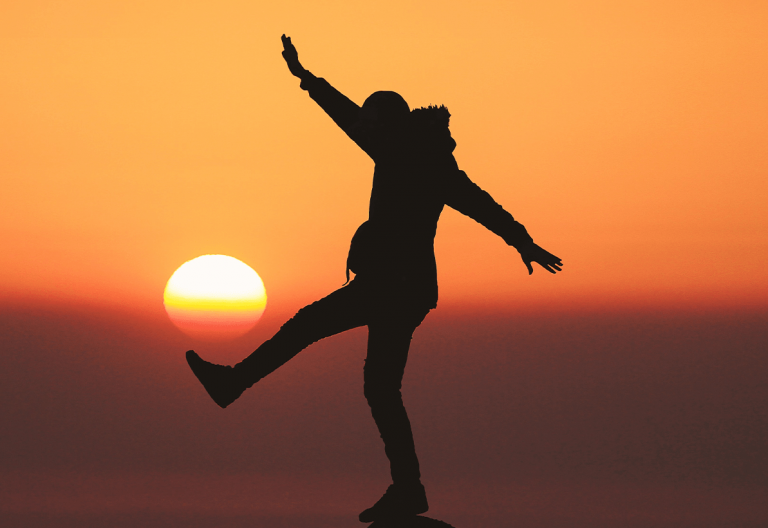 How to Start Living for Yourself: 9 Ways to Take Back Control of Life

There seems to be some kind of unfair perception around living for yourself. Many people feel like this is very… 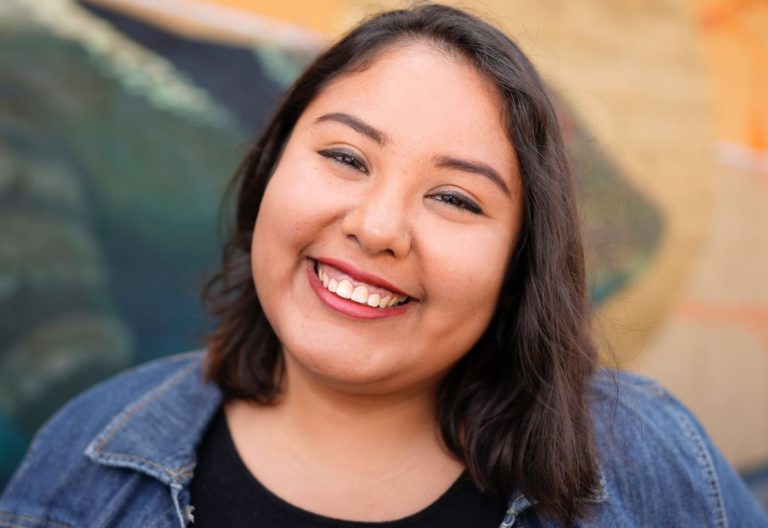 Do you always have a low opinion of yourself? Or consistently think that you’re an underachiever and not worthy of…