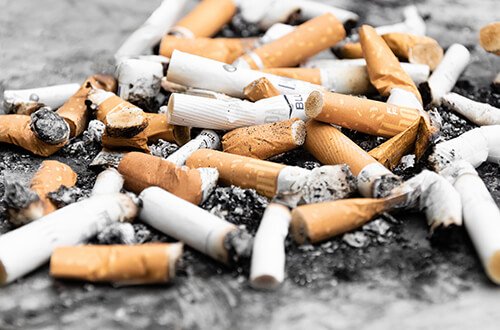 Guided Meditation for Cravings and Addictions

Cravings come in many different forms and intensity. Whether yours are more serious or creating problems in your life, guided meditation for cravings can help you be more aware of what’s going on in your mind when a craving starts.

What is meditation for cravings?

Using mindfulness meditation, and the help of some guided instruction, we can learn to observe our minds in a state when there is no craving and when there is, and learning to better manage these cravings through repeated meditation practices.

Use these practices when you need them most (such as when you’re experiencing a craving) or use it as maintenance everyday to help you manage cravings. Use this practice as support not a solution for addiction and cravings. A complete recovery program with help from a professional is recommended.

How meditation helps with cravings

People have cravings to many different things. It can be as small as a craving to procrastinate or check your phone, to food cravings and cigarettes. What all these cravings have in common though, despite how extreme and self-harming they can be, is that they all start as a thought from the subconscious.

Sometimes it’s something that triggers or reminds us. It could be the environment we’re in, the people we’re around, or something we hear or see.

Other times it appears as if the craving surfaced out of nowhere and it begins to control our thinking.

Some cravings come and go, others can linger with us for an entire day or longer until they’re either fulfilled or dealt with.

Meditation helps us deal with cravings as they arise much better than we might otherwise without knowing how to be self-aware and mindful of our cravings.

Meditation helps with cravings by doing just that, it teaches us to be more mindful of these thoughts as they arise, observe them as simply thoughts, and let them go.

Meditation can help us distance ourselves from our cravings and watch them as they happen.

However, it’s not about suppressing a craving or trying to ignore cravings. Depending on the level of addiction and the vice, this can be near impossible and on top of that, unproductive.

Instead, we try to sit with the feeling of a craving and try to see what’s on the other side of it. What happens when you just watch the feeling and don’t act on it immediately?

What’s more, meditation can teach us to be better aware of the craving as it happens, and note it for what it is, just a thought that has entered the mind. When we do this consistently, we can become better at identifying these cravings as they arise, and not act on them impulsively.

How to meditate for cravings

A meditation practice for cravings uses mindfulness and non-judgemental awareness to train the mind to notice cravings and reduce impulsive reactions.

To start, take a seat. You can do this practice when you’re experiencing cravings or as a form of daily maintenance to help you manage cravings that often arise. You can sit in a chair or cushion on the floor.

Start with your eyes open, taking a few big deep breaths. Inhale all the way down and exhale all the way out, slowly. See if you can breath deeply enough to hear your breaths.

After taking a few deep breaths, allow your breathing to return to a natural state, and close your eyes. Sit for a few moments and notice the physical points of contact. Notice the feet against the floor and arms in your lap. Place your attention on these sensations for a few more moments.

Bring you attention to your breath, and maintain your attention here for several minutes. Notice and count each inhalation, and each exhalation. The inhale… 1, the exhale… 2, and so on, until you reach a count of 10. Once you reach 10, start the count over.

As you place your attention here, you may notice the mind begin to wander. You may notice feelings and perhaps even cravings arrive.

Notice this non-judgmentally, and return your attention to the breath.

Center and focus your mind on the sensations of breathing. The rising and falling sensation of each inhalation and each exhalation. When your mind becomes distracted, note the distraction for what it is, and return to the breath.

Don’t follow your thinking with more thinking. Don’t allow yourself to place judgement on what’s distracting you or how often you become distracted. Simply become mindful of it. Begin to notice just how busy and filled with chatter your mind is.

Practice for several minutes. At the end of your practice, gently open your eyes. Be sure to transition smoothly back to your day to day life. Don’t just jump up and get back to what you were doing before. Sit with your eyes open for a few moments and notice how you feel, and gently transition.

Download our free guided meditation app and use Declutter The Mind to help you manage cravings.